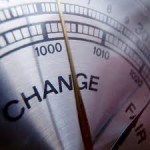 We human beings just find it hard to change.

The old cliché about us being “creatures of habit” tends to be so true.  Some things we are more open to change than others.  We do pretty well when it comes to changing our outward appearances.  After all it is easy for us to get a new hairstyle or buy some new clothes.  We do it all the time.  Here in the United States, billions of dollars are spent each year on hair care products, make-up, diet products and clothes.

But to really change ourselves or change who we are and how we relate to others can be difficult.    After all, we are who we are and it has taken our whole lives to get that way!

In my practice as a marriage and family therapist I work with both individuals and couples.  The only reason a person would go to see a therapist is that is some part of their life feels “out of sorts”.  Either they are having conflict in their relationships or they are in distress because of their own overwhelming feelings; sometimes both!  Regardless of the reason that a person is seeing a therapist, they are acknowledging the fact that some part of their life needs to change. It might be they are coming to therapy because that they think their partner or spouse needs to change. Or they might recognize that something about themselves needs to change. It could be that the overwhelming feelings they are having need to be different or change. All in all, people come to therapy because the course they are headed in needs to change!

All of this begs the question, “What do you want to change or be different in your life?”  This is usually one of the things I ask in the first session I have with folks. In my previous blog post, “When life is overwhelming…”, I wrote about taking those things in life that are most overwhelming and breaking them down into smaller pieces.  Then by doing this we can begin to tackle those “big” things.  In other words, do things in small pieces.  Work on what you can realistically control and change. The other part of this is to make small or minimum changes rather large drastic changes.  It is how we change best… it is how we make lasting changes rather than temporary ones.

So here is where the idea of a compass comes in…

Airline pilots and ship captains are very aware of this concept about changing courses or directions.  Even in the age of GPS navigation, a compass is still one of the most valuable navigation instruments out there.  A compass, of course, is divided into directional coordinates going from 0 to 359 degrees.

For an airline or ship to get from “point A” to “point B” they have to follow a certain heading or bearing based on a compass coordinates.  If the vessel changes its bearing, even by one degree, they will end up in a totally different place than they had originally intended to go.  And the longer they stay on an incorrect course or heading, the farther they will put themselves from where they are intending to go.  It is really just simple geometry.  (See video PowerPoint)

And so it is with us human beings… The longer we keep doing the things that keep us on a certain course, the farther it puts us from where we might want to go.  Also, if you see that you are headed for disaster down the road by maintaining the course you are on now, it only takes a minimal amount of change to start yourself in a new direction.  In other words, small changes now can equal big changes down the road.

Albert Einstein is often quoted as having said, “The definition of insanity is to do the same thing over and over again expecting a different result”.  If you keep doing what you are doing now that is either causing difficulty in life or keeping you in some difficulty in your relationships, you will most likely see very little change over time.  If there is no change in course or direction, you are pretty much guaranteed to have more of the same down the road.  However, if you make small changes in what you are doing now, over time, you will see big changes down the road.

So what are the small changes?  Small changes can be as individual we are and are just as limitless.  A small change could be something as simple as getting up 30 minutes earlier each day to exercise… Driving to work a different route just to get a new perspective… Emptying the dishwasher just because you know it would make your spouse happy not to have to do it…  Spending the evening hours at home reading rather than channel surfing… Helping a charity as a volunteer… Changing your daily routine… Spending time in meditation or prayer…  Backing away from an argument even though you know you are right…  Making decisions based on what you think rather than what you feel (more to come on that change later)…  The small changes we can possibly make are limitless!

The compass concept of change… give it a try!  What you might find is that you can put yourself on a track to end up in a totally different place!